Several years back a few websites popped up promising to help people grow their social media accounts and even make them look popular by liking or retweeting them. Immediately, celebrities everywhere became their biggest clients by paying for fake fans, retweets and even comments, I talked about it a while back on Writer’s Weekly. Most people, myself included, considered it to be nothing more than useless vanity metrics. Anyone who knows a little about online marketing understands how easy it is to manipulate metrics.

Sadly, not everyone has been clued in and that includes those within the publishing industry but are you surprised? Believe it or not, they still think that having 5,000,000 Twitter followers actually means something. Remember just this past year, an author on Wattpad was given a six figure deal after writing 3 fan fiction stories that got over 1 billion views. So publishers love big numbers, go figure! Unfortunately for those indie authors wanting to go hybrid, (meaning self-publish as well as traditionally publish) they are going to have to grow their social media following. There’s no way around it.

What About The Indie Who Doesn’t Want To Traditionally Publish?

It often takes years to organically build a following that is both large and engaged. You can speed up the process by following and unfollowing random people or by signing up for quid-pro-quo groups online but that will never gain you true fans and that is why you’re on social media for, right?  Being an indie author gives you time, but I still see some indies trying to grow their social media following in an attempt to fake it till they make it.  But I digress… There are many legitimate reasons to use a social media service:

Things A Social Media Service Can’t Do For You

One important thing these services can’t offer is genuine interaction, they can’t respond to people who actually engage with this campaign.  It will be completely up to you to show up and answer questions or thank people for their comments and compliments. Today, I’ll focus on social media services that promise to help broaden your reach online.  Below is a list of some of the more popular services.

Thunder Clap This past year, I saw several authors in my Facebook group promoting their Thunder Clap campaigns. Basically, ThunderClap is a crowdsourcing site where people join a campaign to tweet something simultaneously, thus making it more likely to trend on Twitter. P.S. None of the authors I’ve spoken to, have reached their goals. Even the guys over at the Self-Publishing Podcast, didn’t speak too highly of it. The inherent problem with Thunder Clap is that in order to use it, you have to already have an engaged following. Also, you will have to find followers willing to allow the ThunderClap app to access their Twitter accounts in order to tweet your post.  As you can imagine, this may be unacceptable to most people.

Easy Retweet Easy Retweet is a site that allows you to upload your blog or website post and members of the website will retweet you in exchange for free credits from the site.   You can also purchase credits for around $2.00 for 500 credits or $60 for 80,000 credits.  They also try to target these retweets by asking you to select the subject you’re tweeting about.  The subjects range from tech, blogging, and of course, writing.

AdRetweet Works just like Easy Retweet and offers retweets for 7 days at $4.95 to an entire year of retweets for $89.99.

Fiverr Fiverr is an outsourcing site and often one stop shopping for lots of indie authors. Here you can hire graphic designers, copy writers and yes, even social media promoters. All this usually for under the price of $20.

Round Team Although, Round Team isn’t like the other sites mentioned above, I believe I should mention it because it is becoming rather popular with authors. This is an automatic retweeting service that let’s you control who you retweet by letting you define the settings. You can choose to retweet posts with certain hashtags or even just retweet your followers. They have several plans starting at free and going up to $29.99 per month. However, keep in mind with the free service, Round Team sends out their own posts with banners and links to their website.  Here’s how they look (name of author has been redacted):

If you’re okay with promoting someone else’s product on your Twitter account, then the free service is right up your alley.

Although, many of these services are cheap and claim to have many followers, there’s no guarantee that any of your social media posts will be seen by actual readers.  This is the critical flaw in all of these services. Unless, you go through all their accounts (which is impossible to do since many of the sites won’t reveal that info) it’ll be a shot in the dark at best. I think these services are perfect for the author who sucks at social media or just don’t want to be bothered with it. However, in order to use them effectively, you’ll have to know something about hashtags, the best times to post and how to use images to enhance posts.  That’s because most of these companies only provide a basic post and run type service.  So this isn’t ideal for book promotion or any sort of literary promotion. However don’t fear, because next week, I’m going to discuss social media services geared towards authors and book promotion. So stay tuned…

Read the rest of the series here: 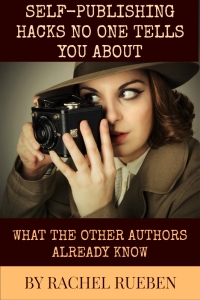